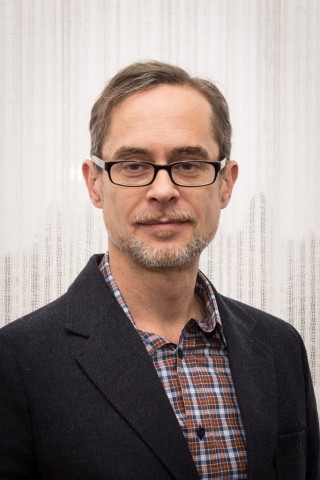 World Health Organization (WHO) researcher and DCP3 advisor Jeremy Lauer sat down with Robert Wiblin and Peter Huford of Giving What We Can, an Oxford based non-governmental organization dedicated to eliminating poverty in developing countries.  Giving What We Can's founder is DCP3 Advisory Committee member Toby Ord.

In the interview Dr. Lauer discusses the WHO initative, WHO-CHOICE, which uses cost-effectiveness when presenting information and evidence to policymakers for priority setting. WHO-CHOICE analyses are compiled into regional databases which can then be modified for specific country settings by policymakers. WHO-CHOICE data will be used throughout the nine DCP3 volumes.

Below is the full interview transcript.  Summaries and highlights of the interview can be found at Giving What We Can, as well as on 80,000 Hours, a professional coaching blog.

Jeremy Lauer: WHO-CHOICE is a program in the World Health Organization that helps countries decide priorities and figure out what they should be doing based on considerations of impact and cost-effectiveness. While other tools might be available to them to tell them how to do things, WHO-CHOICE is unique in this focus on establishing priorities.

JL: Well, first I’d like to clarify that we don’t look just at interventions that are considered cost-effective, but we try to include any activities that may be considered policy-relevant: either because they’re highly cost-effective or the opposite. What we do is we get a list of things we’d like to look at that include best practices developed by WHO programs and then add to it a list of things we feel we’d like to analyze – usually things that have tremendous upside if they turn out right, for example, vaccines. We then begin to solicit the opinions of experts.

This kind of analysis usually involves epidemiological and clinical evidence of impact, oriented by clinical trials. We want to know what the impact on the population of interest is when you give a certain population a certain technology. What is the impact on a disease parameter that is of interest to us? Does it reduce fatality rates / disease rates / remission rates?  This gives our estimate of effectiveness. For cost, we add the costs of administration, training, and programme elements to the cost of operations as determined from best practice guidelines.

Right now it’s exciting because WHO-CHOICE is working with a number of world-class disease modellers that are perhaps the best in the world. It could be a real coup to bring all this expertise together and demonstrate with the best available scientific evidence that there’s a couple of interventions that are the best buys in the health sector.

RW & PH: What has been your most interesting or significant results so far?

JL: It’s hard to cherry-pick outstanding results. WHO-CHOICE isn’t trying to astound people, but provide basic information about bread-and-butter interventions and orient people toward more effective interventions. However, there are a number of cases from my personal work that do stand out to me. First, we found that comprehensive cancer care that involves a full spectrum of prevention, detection, and treatment actually can be cost-effective. In fact, packaging these interventions together in one program is nearly cost-effective as just the most cost-effective part of the group. This is valuable information for considering programs because ethical, medical, and social considerations often prevent splitting up the spectrum of care, so it’s good to have an economic argument that confirms this practice.

Another example is that in 2005, we published an analysis that implicitly determined the price at which an HPV vaccine could be sold and compete with current screening and prevention programs in terms of cost effectiveness. It subsequently turned out that the price negotiated by the procurement agencies with the vaccine manufacturers for the HPV vaccine – a much lower price than the prevailing market price – was surprisingly close to the one suggested by WHO-led research. This leads me to suspect that we had an impact on these discussions, though it’s difficult to know for sure and many other factors could equally have pointed in the same direction.

RW & PH: What have you found that has changed over the past ten years?

JL: Lots has changed with technological and operational progress. For example, HIV treatment has changed a lot – it previously was all about school-based education, condom distribution, and reaching out to high-risk groups. But now we have cheap and affordable treatment programs, and this is one example where treatment becomes prevention because if you get the viral load of HIV-positive people down low enough, through effective treatment, they cease to be as infective.

Malaria is another place where the game has changed a lot. We’ve seen a massive increase in the use of bed nets with both high coverage (the amount of households with bednets) and high usage (the amount of people actually sleeping under bednets). Ten years ago, this coverage was basically zero in most areas. Furthermore, there’s a malaria vaccine coming out that’s currently in phase three clinical trials.

However, we’re shifting away from an era of “magic bullets”, i.e. the model of disease elimination by single-dose vaccines conferring lifelong immunity. The HPV vaccine and the malaria vaccine won’t provide lifelong immunity. Much of the ‘low-hanging fruit’ and quick fixes are gone, so the easy victories in global public health might be over. We seem to be heading now to the next frontier of progress, one that involves more complex methods and doesn’t have any magic bullets. But the huge progress that is possible to make at this next stage, in cancers and cardiovascular disease and a whole host of non-communicable diseases, not to mention the unfinished battle against HIV/AIDS, TB and Malaria, this still could be an exciting message if it were conveyed effectively.

RW & PH: Malaria is of particular interest to Giving What We Can because we promote the Against Malaria Foundation so highly. But why does malaria treatment need to be promoted so heavily? Is there a funding gap?

JL: With the global financial crisis, there has been more competition for resources and international donor funds for malaria have stabilized and slightly tailed off. Furthermore, trends and fashions in global health have moved on, and malaria is seen as maybe having had its day in the sun so it needs to move over and make room for other challenges.

Billionaires and sometimes also donor agencies like funding magic bullets because they are game changers – it’s a nice thing to say you’ve done. But we need to change the paradigm from this kind of thinking to a more science-based, rationality-based, understandable, effectively communicated paradigm. We, as researchers, need to get our heads out of our books and tools and communicate these messages more effectively to decision-makers. A disease shouldn’t need a compelling spokesperson, but rather be defended by scientific rationale with strong evidentiary consensus.

RW & PH: How did you end up working at WHO-CHOICE?

JL: I actually landed at WHO-CHOICE by chance. I initially was studying for a masters in pure economics, but I didn’t feel at home in the economics field. I was interested in working somewhere where I could apply my skills and was in the DC area with lots of medical groups, so I found it natural to apply my quantitative interests and skills as a technical writer in medicine, writing up case histories as research articles. I then came to work at WHO as an editor in the office of publications. This was in 1995 when WHO had a large Office of Publications with 5 technical editors, and they were with one exception all trained as scientists.

Over time, though, WHO switched from a doctor-focused organization dominated by a medicalized paradigm of thinking to a more broadly policy-focused group, looking more critically and analytically at economics, epidemiology and statistics. I was interested in the idea that the social sciences and related fields have a key role, so made a transfer to work in that area. I was then immediately placed with other economists, doing what I’m doing now. I then did a PhD at a leading Dutch university and major WHO collaborator. In the Netherlands, a doctorate is a pure research degree, so I could do it essentially on the basis of publications, mostly just by writing up my WHO work.

RW & PH: What advice would you offer other people who want to work in this area?

JL: If someone were to plan for a career at WHO-CHOICE, they should have an economics background and be quantitatively minded. It also would be good if they could demonstrate interest in the public health sphere, epidemiology, biostatistics, or maybe computer programming. It’s good to have a PhD, but you also need real world experience. Typically people are public health specialists, but not necessarily someone with a medical degree as first degree.

If a person has all these things, it is easy to make a case for hiring them. Having said that, WHO is currently hiring externally only on a limited basis because of funding shortfalls and internal reorganization.

RW & PH: What are the benefits to working at WHO-CHOICE?

JL: It’s very motivating to be doing something you consider important. I just think I couldn’t be as happy in the private sector, especially not after having tasted the excitement and value of the WHO. However you may criticize it as a ‘bureaucracy’, the WHO has great people doing great work, some of the best I’ve seen, and for the right kind of person that combination allows you to benefit personally from the exposure.