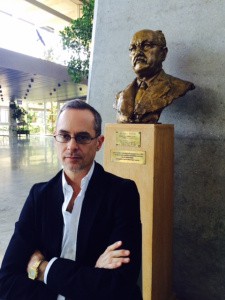 On July 13, World Health Organization (WHO) senior economist and DCP3 advisor Jeremy Lauer sat down with United Nations Development Programme's Molly Jacobson to discuss the WHO initative, WHO-CHOICE (of which Mr. Lauer is a founding member).  This initiative uses cost-effectiveness when presenting information and evidence to policymakers for priority setting.  WHO-CHOICE analyses are compiled into regional databases which can then be modified for specific country settings by policymakers.  WHO-CHOICE data will be used throughout the DCP3 series.

Below is an excerpt from the interview.  The full transcript can be found at Molly Jacobson's blog.

J. Lauer: “What’s wrong with supply and demand?” you might ask; well, nothing is, so long as medical providers have no conflict of interest and those receiving the services are fully informed. But in health and medicine, we know that’s simply not true.

Then in parallel we did a global costing of caesarean sections. We wanted to know, could the ‘unnecessary’ caesarean sections pay for the ‘needed’ ones, assuming there was some kind of global transfer payment system? The answer is yes, many times over, so there’s a tremendous distributional inequity.  That work became a huge part of the discourse on over- (and under-) utilization of services in the World Health Report 2010.  In fact, we didn’t realize it at the time, but the work we did on the costing and determinants of caesarean section – for a long time that was the only thing out there, prior to the Lancet Commission on Surgery, or the groundbreaking work of the Disease Control Priorities project, that looked at a public health approach to delivering surgery services in low and middle income countries.