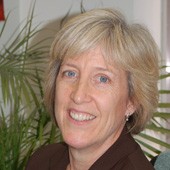 DCP3 Project Director Rachel Nugent spoke with The InterDependent's Denis Fitzgerald about addressing the threat of non-communicable diseases on a global scale.  The World Health Organization announced on November 14 - World Diabetes Day - that diabetes, cancer, heart and lung disease currently comprise two-thirds of global deaths.  Advocates are pushing to have NCDs included in the United Nations post-2015 development agenda.  Dr. Nugent explains, "the overall health goal in post-2015 will be about maxmizing health life, and if we don't deal with NCDs, we are not going to maximize healthy life."
The InterDependent is an online news magazine that has covered the United Nations for over 30 years.  An excerpt from The InterDepenent article is below.  The full article can be found on their website.

“Health as a Human Right”: Noncommunicable Diseases and the Post-2015 Agenda

The World Health Organization (WHO) announced on November 14, which is World Diabetes Day, that diabetes now affects 382 million people globally, killing one person every six seconds. It is one of the four noncommunicable diseases (NCDs), along with cancer, heart and lung disease that account for two-thirds of all deaths globally. That’s why advocates want NCDs embedded in the UN’s post-2015 development agenda.

Three of the eight Millennium Development Goals (MDGs) agreed on in 2000 were health-related: reducing incidences of HIV and malaria, improving maternal health, and reducing child mortality. While advances have been made in all three areas, there’s much more to be done. The NCD community says that future health goals must also have targets for reducing deaths from non-infectious diseases, many of which are preventable through routine checkups as well as dietary and lifestyle changes.

“In 2000, the NCDs were not on the agenda and there were huge misperceptions and myths that NCDs were still [mainly occurring in] high-income countries, that they were diseases of the rich and white,” says Katie Dain, director of policy and campaigns for the Brussels-based NCD Alliance. “Essentially what we had seen in the epidemiology and evidence was that NCDs have moved to low- and middle-income countries, and are now hitting the poorest and most vulnerable communities the hardest.”  More