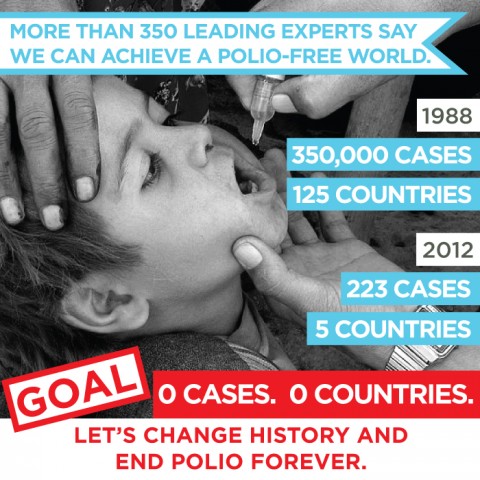 On April 11, 2013 experts and scientists from around the world launched the Scientific Declaration on Polio Eradication.  Hundreds of global scientists from 80 countries have come together to declare that polio eradication is closer and more urgent than ever and expressing confidence in the goal of elimating polio entirely by 2018.  Dr. Zulfiqar Bhutta, a member of the DCP3 Advisory Committee, has led the effort as member of the Strategic Advisory Group of Experts (SAFE) on Immunization.  Dr. Bhutta is also the founding director of the Center for Excellence in Women and Child Health at Aga Khan University.