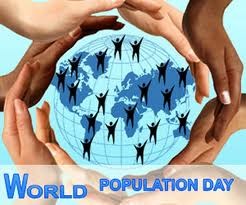 19 out of 100 girls in developing countries give birth before age 18.  Three of these girls are younger than 15 years old.

According to the United Nations Population Fund (UNFPA), World Population Day 2013 hoped to bring light to "the issue of adolescent pregnancy in the hopes of delivering a world where every pregnancy is wanted, every childbirth is safe, and every young person's potential is fulfilled."