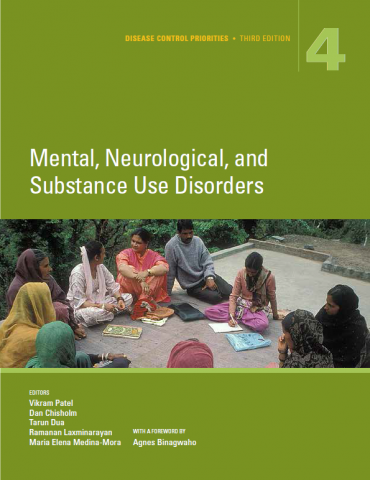 Volume 4 of the DCP3 series, which is devoted to mental, neurological and substance use (MNS) disorders, was given an initial launch at the annual mhGAP Forum hosted by WHO at its Headquarters Office in Geneva, Switzerland on October 8.  The mhGAP Forum was attended by a diverse range of actors and stakeholders with an interest in global mental health, including national governments (representatives of permanent missions in Geneva), international associations, WHO Collaborating Centres and other academic institutions. 150-200 delegates are attending this year’s Forum, at which the focus is on the uptake of mental health innovation and research into policy and practice.

A special lunchtime event was held to present and discuss the key findings, messages and implications of the MNS Volume of DCP3. Volume Editors Vikram Patel, Dan Chisholm, and Tarun Dua were joined by a number of chapter authors – Harvey Whiteford, Fiona Charlson, Inge Petersen, and Rachana Parikh – in order to give an overview of the first, summary chapter of the volume, which is being released at the event. The complete volume is due to be published in late 2015.