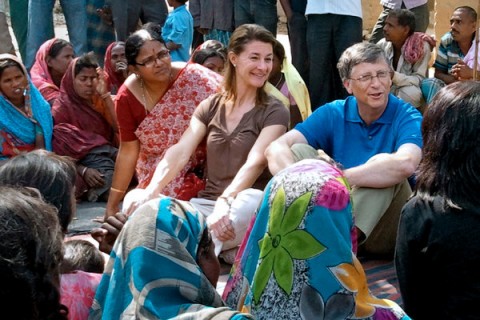 Bill and Melinda Gates are the founders and guiding force behind one of the largest philanthropic foundations in the world, The Bill and Melinda Gates Foundation, which funds the Disease Control Priorities Network (DCPN). The pair recently gave an interview with the New York Times regarding their experience with the foundation and their motivations moving forward.  Specifically, the interview touches on innovations in family planning, affordable waste management systems, and AIDS vaccination research.  Below is an excerpt from the interview:

CLAUDIA DREIFUS: "Ms. Gates, you’ve become a leading advocate for family planning. What caused you to make it central to your foundation’s work?"

MELINDA GATES: "Well, you know, as I was traveling [in Africa] for the foundation, I would go out to speak with women about vaccines. They’d walk great distances to take their children to these very small clinics to receive vaccines. And if you’d talk to the women, they’d be pretty outraged about the fact that they didn’t have access to contraceptives. They kept saying, 'I used to get a contraceptive shot; I walk to the clinic, and it’s not there now.'

And I kept hearing this over and over. [The clinics were stocking contraceptives] because of AIDS. But condoms were stocked in! Women in the developing world will tell you theycannot use condoms. They can’t negotiate a condom even in their marriage because they’re either suggesting their husband has AIDS or that they do. I thought something should be done."