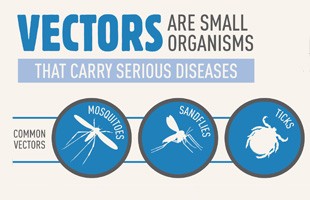 The World Health Organization's (WHO) World Health Day - celebrated annually on April 7, is the anniversary of WHO's founding in 1948.  Each year, World Health Day focuses on a particular health topic or theme and provides opportunities for communities around the world to get involved in healthy activities or to become better educated on the theme.

Visit WHO's website to learn more about World Health Day 2014 and vector-borne diseases.